Trial of the Speaker's Amphitheater 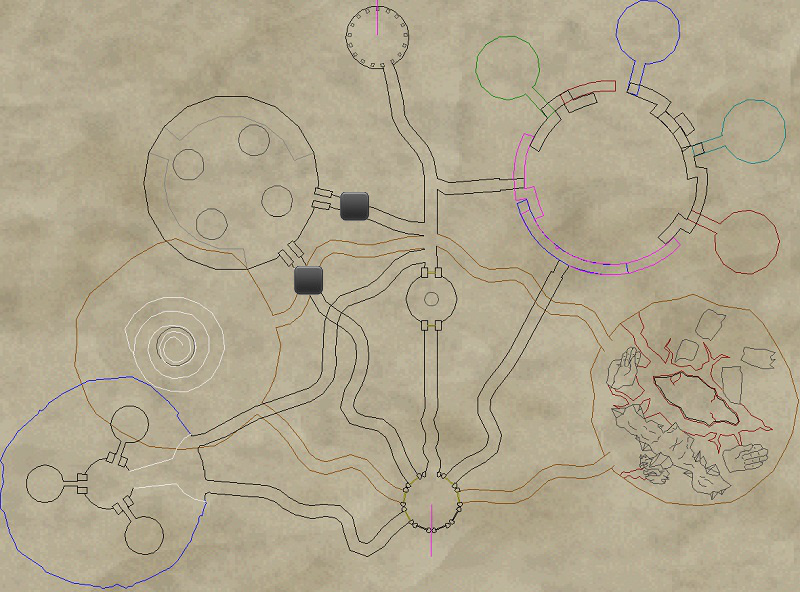 Thanks for reply Riou, got 3 characters with 3 mercs so quite possible they are causing the problem; I did the trial tonight with full group of guildies and had no trouble with the final boss...

Not sure what I'm doing wrong here with final boss - was getting him down to around 50% then he was regenerating back to full health; after the fifth or six time of him regenerating I gave up and gated out before wiping...

Were any of your toons or mercs not up top with him? Believe this makes him "leash" and regen to 100

Not sure what I'm doing wrong here with final boss - was getting him down to around 50% then he was regenerating back to full health; after the fifth or six time of him regenerating I gave up and gated out before wiping...

Tuco's six boxing of the event, with the A Matter of Timing achievement:

Tuco's six boxing of this event, with the All Alone achievement.

There are achievements for killing them in order so maybe include that information in the stickied walk-through. We got it the first time on accident. lol.

Overview of the event
Three waves of two mobs will spawn on the floor level
Clear first six mobs - Give Sigils to Melee and tank
Click on the same color sigils. Clicking on the sigil will port you to a mini boss. Only fight one mini at a time - Fight commences immediately. Be ready.
Healers can heal from below.

When the first mini dies all members will be flung around the room. Regroup immediately to the entrance of the room. Tanks get on those adds and keep your healers alive. Immediately after you are flung another three waves of two will come.

Additionally a green con mob will float around the room with a large decal on the floor. Avoid this while killing the next three waves.

Loot the remaining sigils and give them to the melee and tank.
Healers can heal from below.
Once the second mini is dead you will be flung again. regroup no waves and no Aura to avoid during this phase.
Melee and tank click up to the next minis platform. It doesnt seem to matter what order you kill them. Just dont engage more than one mini at a time. Kill the third mini.

Minis also will drop Two sigils. DO NOT CLICK  THEM YET. Everyone can get the final sigil.

After the third mini is dead another aura will spawn.

Then melee and tank click up to the fourth mini.
The three toons that Didnt click up will click the sigil that they loot from the mini boss. This will port you to the highest platform.

From there you can run and jump to the final mini fight. DONT do this before the final mini boss fight.
Make sure all toons that havent clicked a sigil click to the highest platform (thats the mini boss sigil) during the fourth mini fight.
Once the fourth mini boss is dead you will get flung all over the room.
Those that havent clicked up on the sigil from a mini boss dont get summoned on the final platform.
You will have to click the last sigil to get up there. The problem is many times those sigils will poof.

The first 3 waves will only drop a total of six Sigils consisting of two different colors.
Give these sigils to your tank and melee dps
Click them and be prepared for battle immediately.
They arent the hardest mobs in the world but if you lose focus or accidently agro the other mini on the other platform it will screw the event and your sigils may end up poofing.
At which point you will have to start over OR get super duper creative in your method of killing. Just quit and restart if you agro more than one mini.


My three favorite things.
Eating babys and not using comas.

Healers can heal from below, some casters can also LOS from the wall, keep the minis toward the edge of the platform toward the wall.

Only three group members can go up to each mini.
tank and melee should go.

The wave mobs drop four different types of clickies, make sure the group collects all twelve (3x4) before any clicks are done.