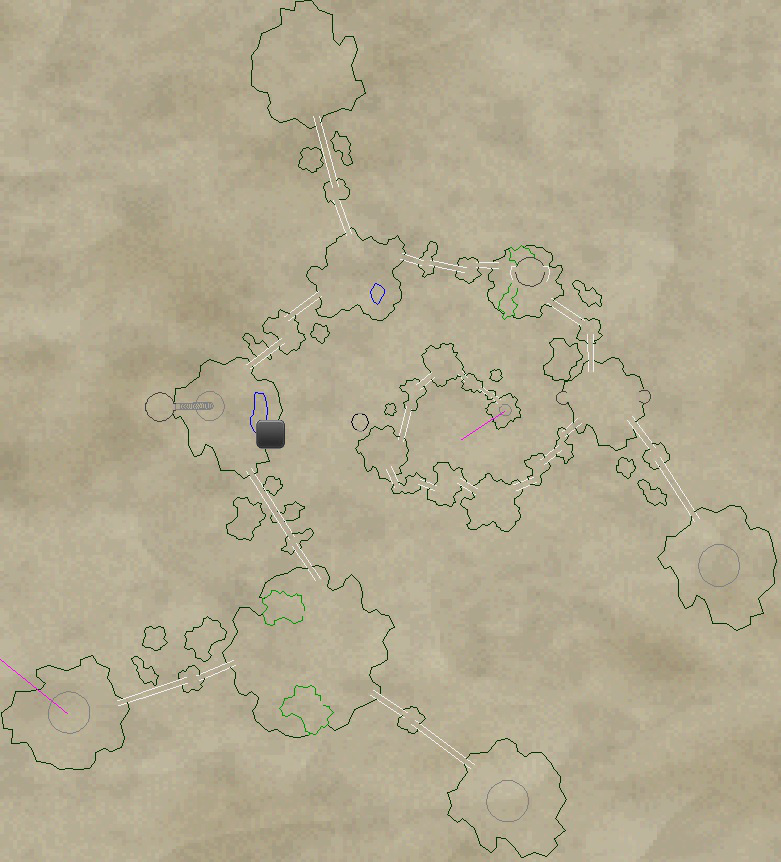 For step #1 - killed 8 spiders and the mob spawned right on the spot.

You better have an alternate tank or else the ambassador will mez your tank and then proceed to slaughter the rest of the group if you have no one else that can take a hit.  Plus he will eventually despawn if you take too long getting another tank in to help and then you gotta restart it.

Quest currently bugged - Flame Consuming Hand has been up, at 9% health, for several days. It appears none of the minis will spawn as long as this is the case, and hailing him is fruitless, so impossible to get past step 1.

I've filed a but report, but DBG seems to have little time to devote to such things, and so I'd imagine the next server patch will resolve, but who knows whether he'll despawn properly next time...

Forgot to mention, the Empty Ash Hero spawns a fire elemental add at a random time around 75% for me, maybe more later but I never got him down much after the first add.  The elemental was mezzable.

I killed snails for about 40 min and the Empty Ash Hero [Snail Tender] popped right where we were killing. He is non-agro, and stands still at the place where he pops, so it is important you are pulling the snails to a spot where you will not need to deal with adds when he pops, especially if you need multiple attempts to kill him.  The first time I spoke to named, there a couple of text prompts then he attacked.  On later attempts, he was still standing at the same spot where he was, even when the whole group had wiped and had to zone back in.  It works well to put a campfire right at the mob, since he is non-agro. On all attempts after the first, there was no text prompt but I could trigger him attacking me by saying "we will kill you".

My 3 box group with 110 warrior in Battleworn and GMM gear could not tank him long enough to succeed, using 3 healer mercs and stuns and runes from the chanter.  He quads big strikethough hits and has a large flame AE (dot I think).  I gave up after about 5 attempts.  Any advice on how to beat this guy, other than bring a real group?

I tried to kill Warrior's Flowing Mind without success as my tank which has never had a problem holding aggro before just couldn't hold this mob's aggro and the members of my group that needed the kill kept dying as he turned on them...

If you don't kill him fairly quickly after saying the phrase to him, he will despawn.

For Step 1:  Flame Consuming Hand is the mob you are looking for.  He spawned for us over in the ditch next to the embers zone entrance.   At 9% he goes inactive,  give him the keywords "we will kill you" for update.    No matter where we killed in zone, he spawned over here.

In aalishai you can kill any type of mob (water, fire, earth, air) they each spawn their own ambassador and all the ambassadors will work to allow you access to the palace. Each ambassdor has a different name: All Consuming Sound = Water, Descending Light's Laughter = Earth, Warrior's Flowing Mind = Fire, and I don't know air

In step one kill spiders in the north to get the update.  I killed snails for hours and nothing

Killed all over for the second step. Only thing that seemed to work was south of the building. Needed several pools empty of mobs and the named popped.  Has some nasty fire dots.  Healer needs to be on top of group heals.

#2 kill mob in Palace of Embers, go to South side of pool, pull the mobs there and keep kill to spawn named.

kill any "type Mob" consistently to get the  "find someone" update.  We killed spiders and had a "named" with spider handler in parens under his name roam up, he waited till done with kill, hailed went thru text beat him down and got update.